MFDA Announces newest additions to the Hall of Fame: 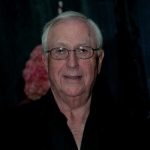 Irwin Tanzman- After being discharged following his service in the Korean War, Irwin went to work for H&M Hardware Company, a distributor of industrial products. He worked at H&M for nine and a half years before starting out on his own in 1963, when he started Merrick Screw & Supply. He later purchased Michigan Trading, who was an early importer of fasteners. After years of growth, the combined companies were purchased by Bossard Industries in 1998. Irwin remained at Bossard until his retirement in May 2010.

Irwin’s association with the MFDA dates back to its earliest days, when he remembers coming to meetings and seeing the titans of the NYC fastener business together in one room. Irwin’s dedication to the group included being the organizer of the first MFDA Scholarship drive in 1979. Irwin remembers with great pride his work on the scholarship program, which has since been duplicated by many of the distributor associations throughout the country. 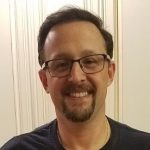 Christopher George – Chris, first worked at LJ Fasteners part-time while attending college. At 23 he decided to start out on his own in his parent’s basement. Within a few years, the company had grown to 4 people and they moved to a small warehouse along aside a two-family home in Garfield. A few years later they outgrew the space and moved their offices into an apartment next door. In 2007 Fastener Solutions, Inc. opened their second branch in Baton Rouge, LA. From there, branches in Ohio, TX, PA, and Franklin, LA were added. Chris attributes the company’s success to the efforts of his mother, Marilu, and several key longtime employees. Chris said “Having my mother handle accounting early on allowed me to focus on sales, operations, and growth. In addition, we’ve been blessed with great people who have been with us for a long time. Those seasoned fastener specialists allowed us to serve customers while training new hires. This award belongs to them.”

The MFDA Hall of Fame honors those in the Metropolitan New York City area who have made outstanding contributions to the Association and/or the fastener business as a whole. Irwin and Chris join prior inductees Bill and Pat (2018), Bill Fivehouse, Chuck Halpin and Doug Thonus, (2017) and 2016 inaugural members Sidney Cohen, Roger Stillman, Ron Jones, and Leslie Sieper. The MFDA 2020 Hall of Fame Scholarship will be awarded in their honor.